Every day of the last few weeks of deer hunting season my husband and 16-year old daughter spent quality dad/daughter time hanging out in the deer blind in our backyard. They’d get up at 6am and meet at the front door, fully decked in camouflage clothing and carrying their weapons. They also stopped all daily activities to dress out again, and head out there around 4/4:30 each day. 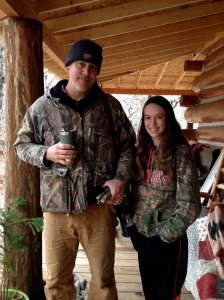 We recently purchased an outdoor camera that mounts to a tree. Every time it detects movement, it takes pictures. We have it aimed at the corn feeder in the back of our property, capturing images of the hogs, raccoons, squirrels, birds, and deer that come to eat. 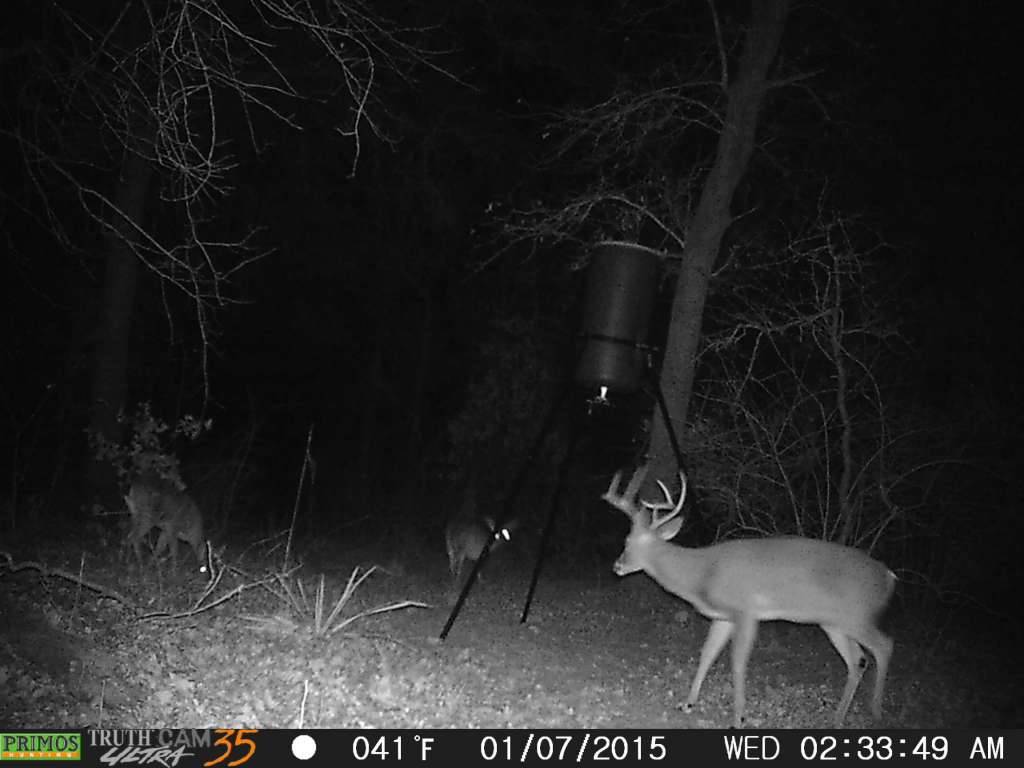 Animals aren’t predictable, however. Just because food drops to the ground at set times each day doesn’t mean that the same animals will come out of hiding and eat like robots. They’re cautious. They have other predators other than humans. They nap, roam, or wander off. You can be an excellent shot, quiet as a mouse, and very strategic…but none of that makes the slightest difference if the animal doesn’t come to your feeder or area.

Reiley and Steve waited patiently for hours at a time in that blind, twice a day, most every day for weeks, waiting for a certain buck they saw on camera several times. Would it come when they were out there? They were hopeful. Morning after morning, and sunset after sunset they came back into the house freezing and frustrated…but talking about the next morning or that evening, ready to try again. 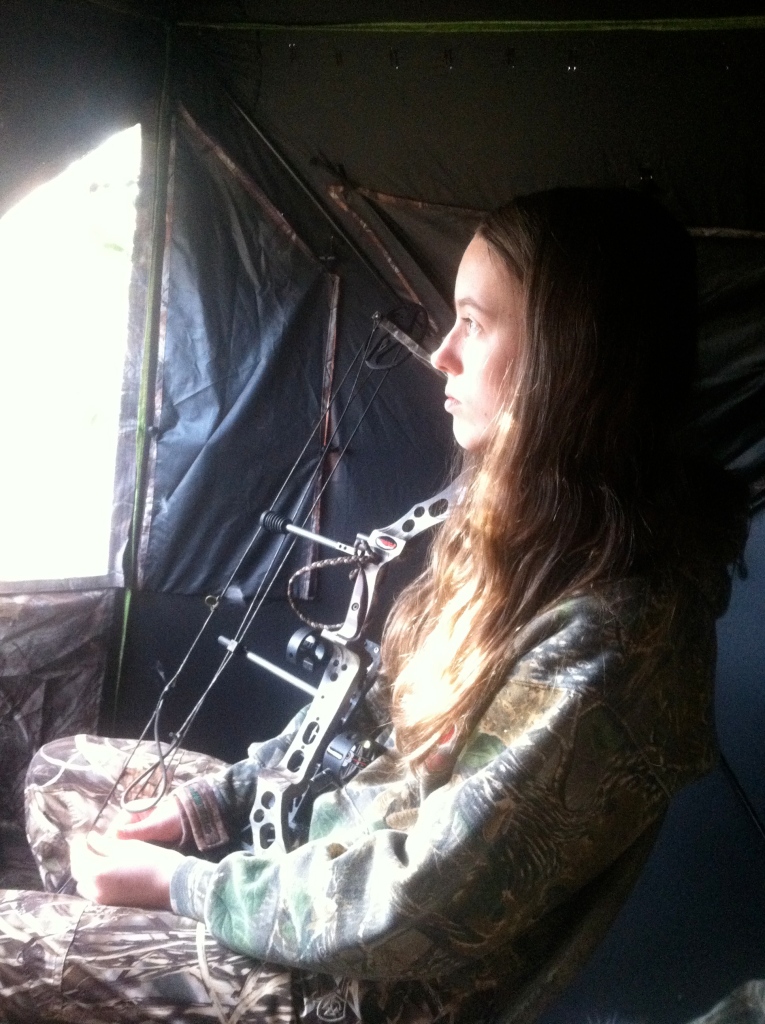 Then one night, three days before the end of Reiley’s Youth Season, I was cooking dinner and she burst through the front door completely out of breath….a buck was down! Reese and I charged out the door with her, and as a family we all went to see her “trophy”. It was a beautiful, mature, White-tail, 9-point deer with a 16” spread (for you hunters out there who understand those statistics). 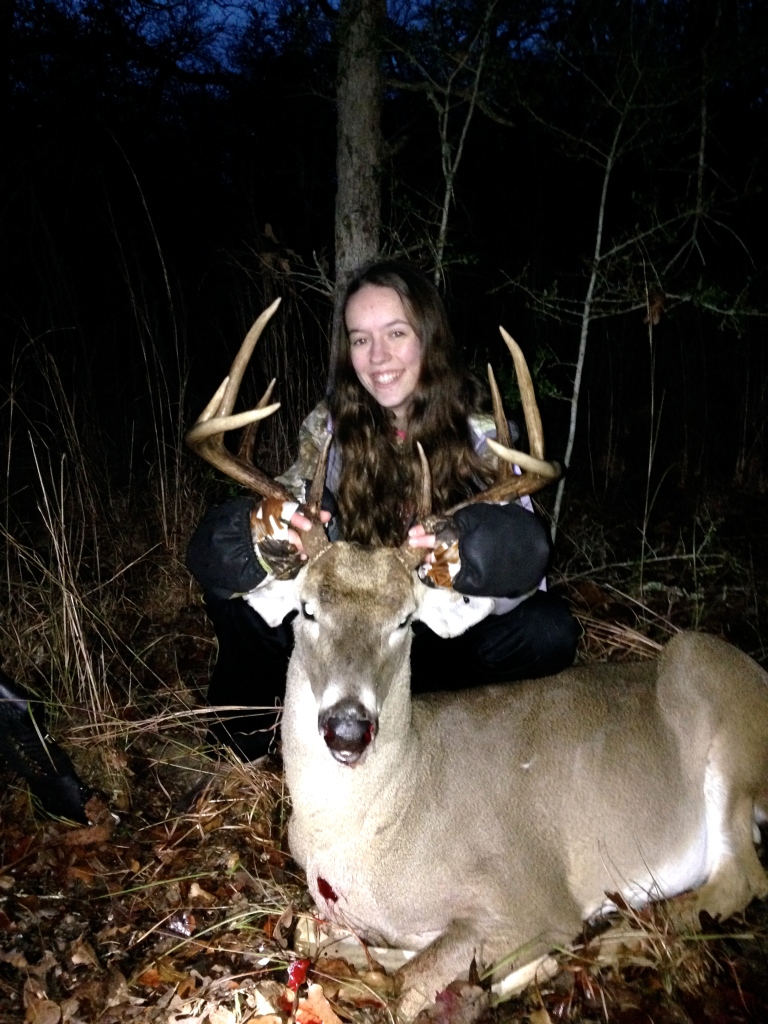 She was beaming! Steve was beside himself….hooting, punching the air, laughing, and generally freaking out…as any proud father would do. He has never shot a buck or antlered animal before…though he’s an avid hunter. He’s shot cow Elk and female deer for meat. He’s had the opportunity to go after antlers himself…such as these hunts in our backyard. But, he always passes those golden moments over to his girls. He said that it brings him more joy and excitement to watch his children experience it.

We’ve had an Axis Deer hunt planned for weeks, as Reiley’s birthday gift. I told Steve that he should do it, instead, since he loves Axis deer so much. He said no….that he wants Reese, our 11-year old to have her opportunity at a beautiful trophy buck. I insisted that Steve keep the Axis hunt for himself, because he deserves it, and has always dreamed of having a buck mount on his wall at home. He said, “It’s not about the antlers on the wall. The mount is a memory of the hunt. The memory is what’s important to me, not the mount itself.” That made me think…. 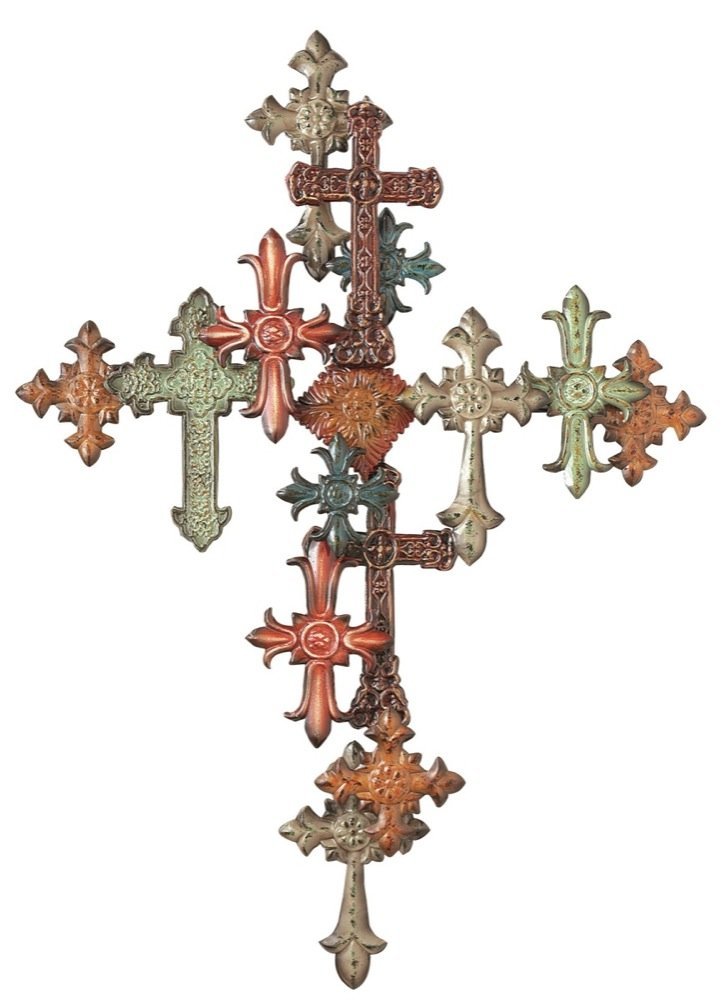 I have crosses hanging on my wall. For some people, crosses are hung as art, good luck charms, or are symbols of “religion”. Mine aren’t any of those things to me. Just like Steve’s perspective of mounts… crosses are a memory for me. The cross wasn’t just the way Jesus “happened to” die. Make no mistake…the reason Jesus came at the time in history that He did was to be on that cross.

Isn’t it interesting that the one thing mankind wasn’t allowed to touch in the Garden of Eden was fruit from a tree? 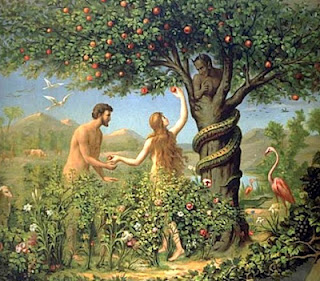 Think about it; God could’ve instructed Adam and Eve to avoid eating a certain vegetable from the ground, or a berry from a bush. He could’ve said to avoid vocalizing certain words. Right? He was the Creator of everything, and the Garden was packed with food. The one forbidden item in the Garden was up to Him. So, why did He choose fruit from one certain tree? (Hold that thought…)

Think about the cross of Jesus for a second. Where would the wood that made the cross come from? A vegetable? A berry bush? (Hm….) How about a tree?

Now put the two thoughts together: man brought sin and condemnation into the world via fruit that hanged from a tree, but God removed that condemnation via His Son, Who also hanged from a tree; the cross. After all, how could Jesus lose all of his blood through a berry, a bush, or vegetables? Blood is the only acceptable payment for sins.

Adam and Eve sinned, and were suddenly afraid to be around God (Genesis 3:8,10). They hid when they heard Him coming (which also tells us that they were used to being with Him in the Garden). How does the Bible say God reacted to their disobedience? Did He tell them to repeat certain prayers over and over again? Did He give them a required list of good deeds to do to gain His forgiveness and mercy? Did they have to do ceremonial hand and arm washing, lay prostrate on the floor, and recite memorized prayers, facing east? Did they have to sit in a lotus position, tune out all distractions, clear their minds, and rid themselves of their sin? No.

Each of those things is humanity’s way of “doing” something to try to “earn” or “deserve” forgiveness, or freedom from “bad”. It’s an impossible task. Even while we’re doing a good deed or are deep in meditation, our brain might be thinking bad thoughts, or our heart might have the wrong motive. Sin is inescapable. We’re made of dirt, and Satan exists; evil influence is in the world. Our loving and adoring Creator fully understood all of this, and fixed it…

In the Garden, God turned to innocent/sinless animals, killed them (shed their blood), and used their hides to make clothes for Adam and Eve to wear, so they would no longer hide from Him because of their realized-nakedness: “And the LORD God made clothes from animal skins for Adam and Eve.” (Genesis 3:21)

Moses tells us in Numbers chapter 1 about Yahweh’s (God’s) instructions to register all of the Israelite people while they were out in the wilderness, freshly out of Egypt. In other words, Moses had to take a head count. There were 12 tribes or family groups.  Each family unit numbered in the 10,000’s. This was no small task.

God had already given them the very specific instructions for how to build the Tabernacle and the Ark of the Covenant (Exodus 25) that contained the Ten Commandments (Exodus 20) and manna (Exodus 16).

Numbers chapter 2 tells us that after each person was registered and the final number of individuals was logged, God wanted very specific family/tribe units grouped together, and placed on certain sides of the freshly made Ark/Tabernacle as they camped, and as they walked (Numbers 2:2).

If you read Numbers chapter 2, you’ll see the names of each tribe, how many were in each group, and which side of the Ark/Tabernacle they were to walk and camp.  The groups varied in sizes by 10’s of thousands, making their finished “section” MUCH larger or smaller than the other groups.  If an airplane were to fly over the wilderness back then, this is the shape it would have seen….  a cross.

God’s chosen people lived, marched, ate, and slept in a cross formation in God’s sight, though they had no idea. “Crucifixion” didn’t enter the world until over 1000 years later! So, to be in a constant cross formation, heading towards their “Promised Land” of what would become Israel, and looking forward to their Messiah to come save them from their sins via a cross… is NOT a coincidence.

The medical community can tell us that deep inside our bodies are protein cells called “Laminin”. These particular proteins serve as the glue that holds each and every one of our body’s cells together. Without Laminin proteins, our bodies would literally fall apart. Laminin’s shape is an exact cross.

Steve said, “The memory is what’s important to me, not the mount itself.”   Steve sees Reiley’s deer head mounted on our wall, now.  When he and Reiley see it, they are filled with memories of that night in the deer blind, and the surge of excitement when the deer walked up and she shot….

Jesus wants us to remember the cross. He taught us to eat the Lord’s Supper to remember His broken body and the blood He shed upon that cross. He wouldn’t want us to just hang crosses on walls or from our necks to admire their unique designs and individual beauty. He’d want us to hang them and wear them in order to remember what He did for us upon one, out of absolute love.

“Long ago, even before He made the world, God loved us and chose us in Christ to be holy and without fault in His eyes. His unchanged plan has always been to adopt us into His own family, by bringing us to himself through Jesus Christ.” (Ephesians 1:4-5)